postcards from home with rhiannon taylor.

rhiannon taylor is a lifestyle photographer and the editor-in-chief of travel website, in bed with. her images have appeared in magazines such as time, conde nast traveller and harpers bazaar uk. she chats to us about motherhood, travel and life with her ‘lockdown baby’, and shares a magical series of postcards of her beautiful daughter, maia-bea (6mo). 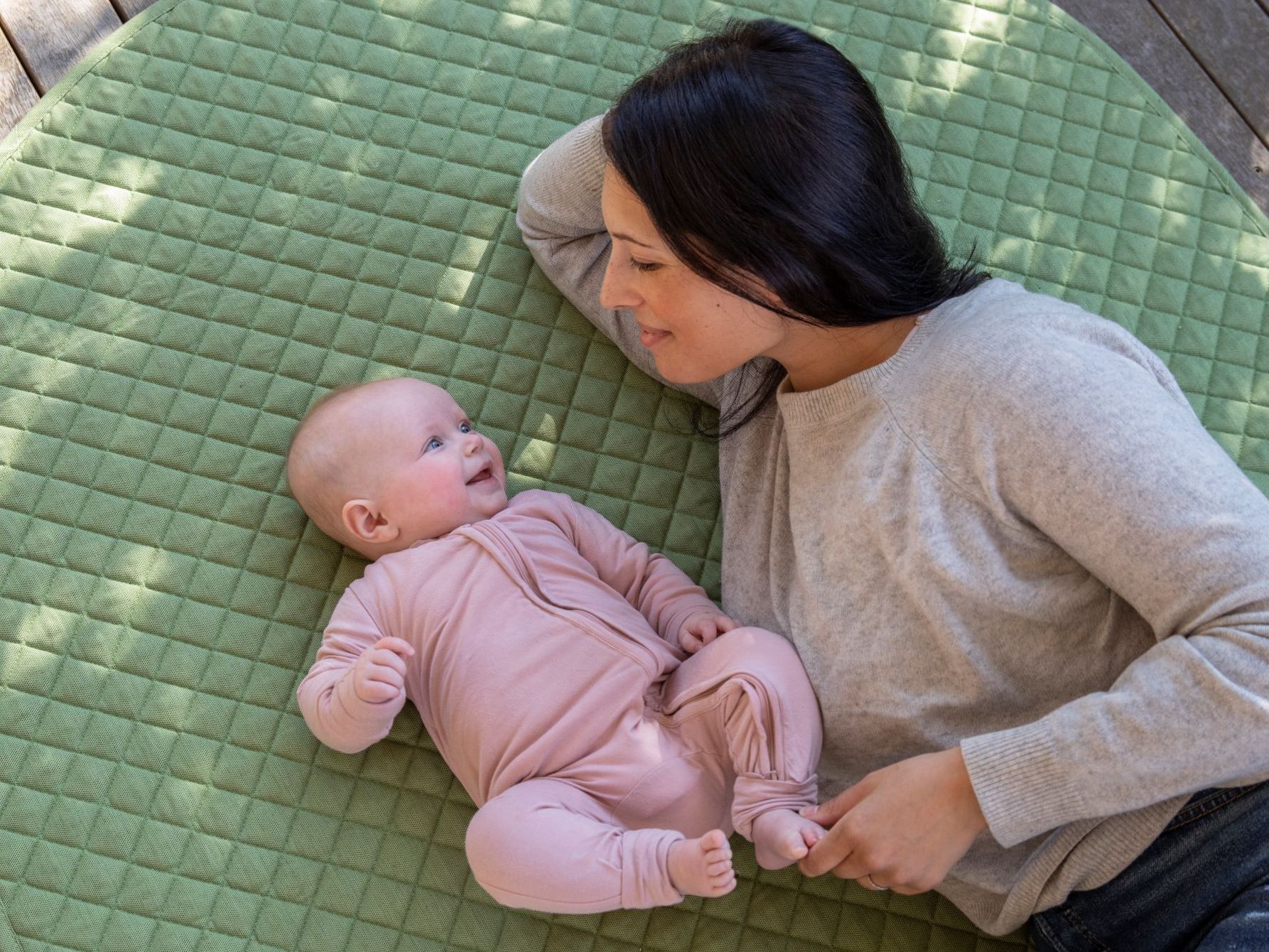 we’re living in some crazy times. how challenging has it been for you as a new mum?

i gave birth and went straight from hospital into lockdown. i couldn’t see or speak to anyone in person for support or help. all my doctors and maternal healthcare appointments were over the phone and i couldn’t participate in a mother’s group. i had no idea what i was doing with such a tiny little baby that relied on me for everything, so it was difficult.

when something goes wrong everything is amplified so to not have these resources or to call and ask ‘is this normal?’ was scary. i think it’s also made any worse by the fact that you don’t have any sleep at the beginning and you’re putting all these pressures on yourself to be a perfect parent. but i’m very lucky and i have a good healthy baby that also sleeps well which helps.

and on the flipside?

my husband has been working from home so to have three months with me, for the first few months of maia’s life would never normally have happened. that’s been such a blessing. he’s also taken up a lot of the domestic slack. to raise her together this early and for so long has been amazing and something i never expected we would ever have.

there’s been some incredible joys of having a baby in lockdown but it’s also been stressful. i think particularly because it’s my first baby. it’s funny as a mother and a woman how resilient you become though. you do whatever you need to do to just make it work.

i’m very much a loosey-goosey, on-demand parent so maia doesn’t have a routine or scheduled feed time. i just feed her whenever she wants. i love playing with her in the mornings but generally, it’s just a never-ending cycle of feed-play-sleep. by the time she’s asleep it’s pretty much just put some dishes on, unstack the dishwasher, have a shower and maybe feed myself. i’m quite fluid with things which i like as she can just come along wherever i go. she’s a very chilled baby.

we live near the beach so i always make sure we have a daily walk. in the first couple of months she was confined to the house so to hear new sounds and to interact with people is huge. at the beginning of her life, our faces were the only two she had ever really seen.

how soon before giving birth did you stop working?

in my second trimester i did an amazing three month shoot that took me all around the world. i had an abundance of energy – we hiked up mountains and did the most incredible things. i didn’t find it difficult but when i left i had a flat stomach and when i returned i was a giant round ball!

i planned to take 4 weeks off but i gave birth three weeks early so i worked right up until the end. my waters actually broke the night before my last shoot but everything had been pre-planned and i didn’t want to let anyone down. when you’re self-employed you have all these other people who have been booked months in advance and you can’t just call in sick. i ended up giving birth a couple of days later. in hindsight, i probably pushed it a little too far.

as a travel and interiors photographer, you’re often ‘out of office.’ did you have a plan to return to work after maia was born?

in my mind, i thought after 8 weeks i’d be back on the road. in retrospect, regardless of lockdown, that was a crazy idea because there’s no way i would have been ready. and if i had pushed myself it definitely would have been a struggle. i’ve done a couple of smaller regional shoots with her and that’s been exhausting. i think that was a little taste of what could have been.

professionally, do you think the way in which you work will change?

if my work still allows me to travel then i can foresee maia tagging along. but i would need the support of my mum or husband travelling with us too. it wouldn’t be exactly the same but i have great clients who understand what it means to be a working mum. if they were prepared to make compromises, i think it could work.

having said that, some of our shoot days are huge and we can work up to 12 hours. it would mean limited interaction with her and i can imagine that being difficult. but i love my job and i think deep down - particularly because i’ve had a baby girl – that if i didn’t do what i loved then i wouldn’t be setting the best example of what she could do in her life. i think travel is a huge form of education and i want it to be part of her life – as it has been of mine.

you’re an avid traveller and have canvased the globe. where would you love to take maia?

i think about this all the time. when she’s a bit older i would love to take her on safari and see animals in the wild and how the world should be: untouched and without human interference. also, the philippines for its beautiful crystal waters and living coral. but also big cities like new york and london for cultural experiences. my husband and i got married in italy so we’re hoping to return next year and rent a villa for a family holiday.

do you have a designated kid’s space at home, and what sort of things have you bought for her ?

i never wanted anything too babyish or frilly. i didn’t want to succumb to that stereotype of things being pink and pretty or that she had to play with dolls because she’s a girl. i don’t want to elevate her into adulthood early but i also don’t want to dumb things down either. so any of the pieces i pick for her have to fit into my lifestyle. when it comes to her toys, i’ve tried not to buy too much. i’d much rather invest in something that is beautiful and lasts a long time.

when i was choosing pieces for her room i had to make sure they were functional and could travel with me. i heard about the jnr.life playmats from a friend and they have been perfect – i’ve taken maia on shoots and just laid them out for her.

when things are back to normal what’s the first thing you will be doing?

there’s no doubt about it, i’ll be jumping on a plane. i even miss unpacking my bags and going through security. i really miss it desperately.

what’s keeping you sane amongst all the chaos of 2020?

netflix and a lot of sbs for foreign films. there’s been pros and cons to isolation, but at the end of the day it has enabled me to spend quality time with maia and just surrender to her. 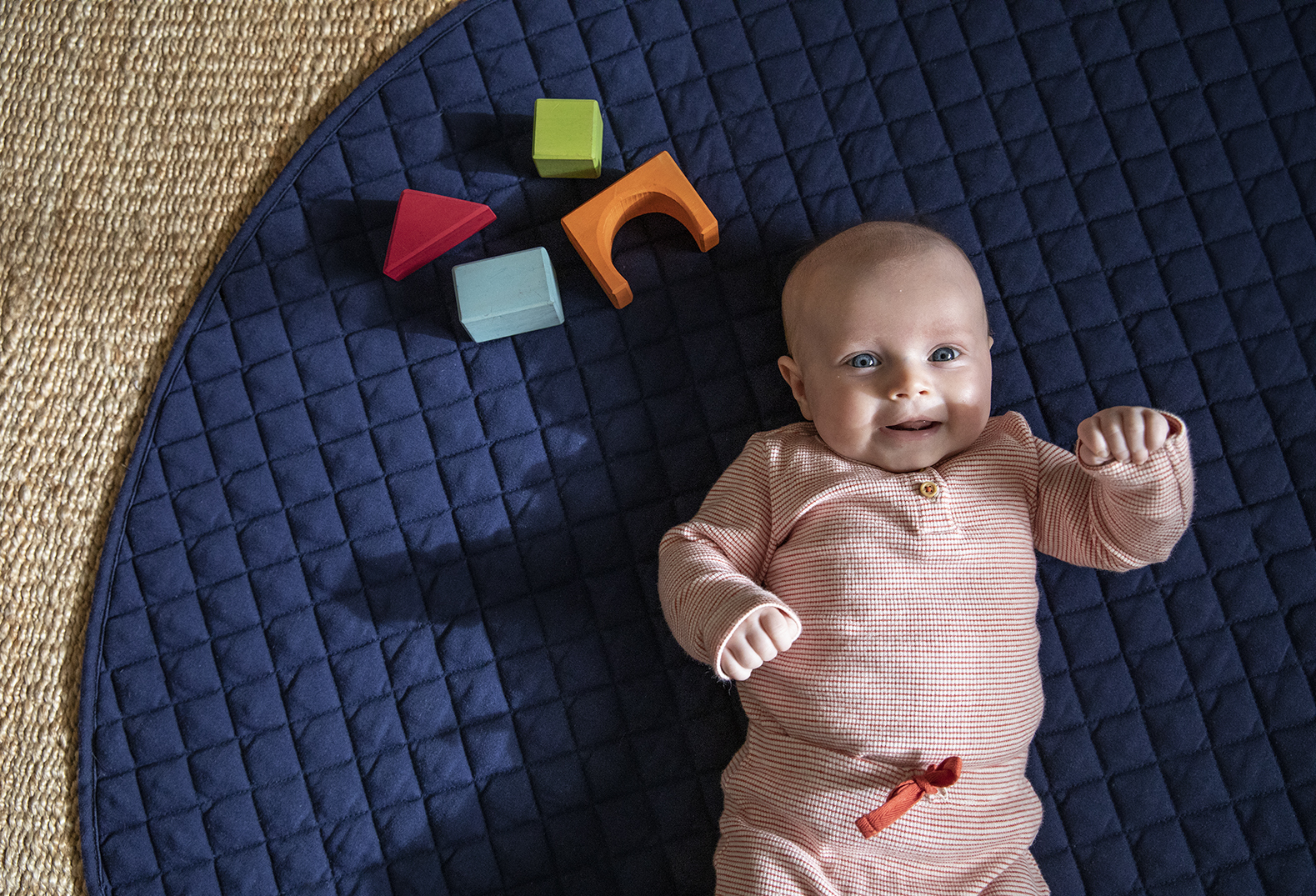 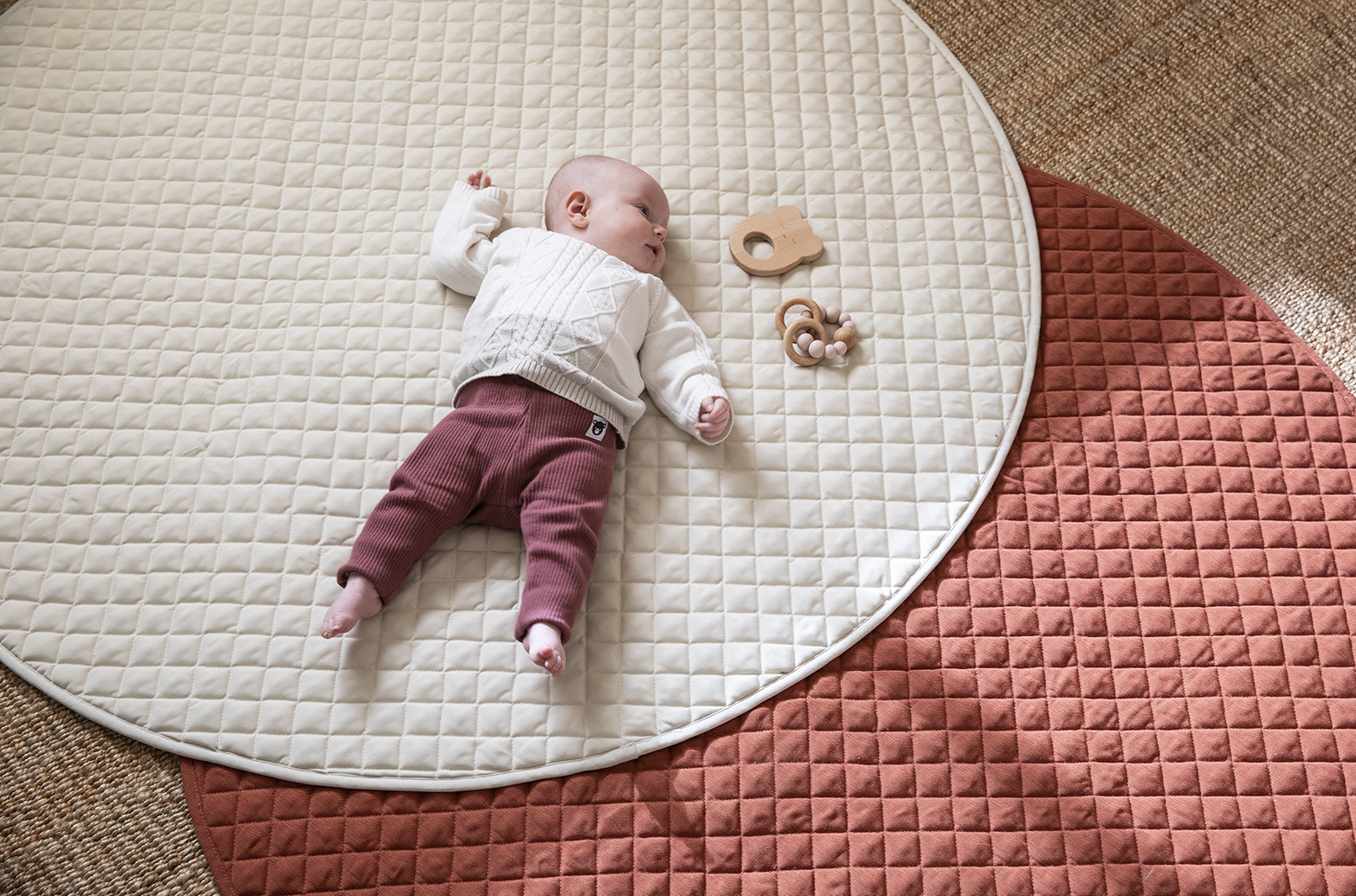 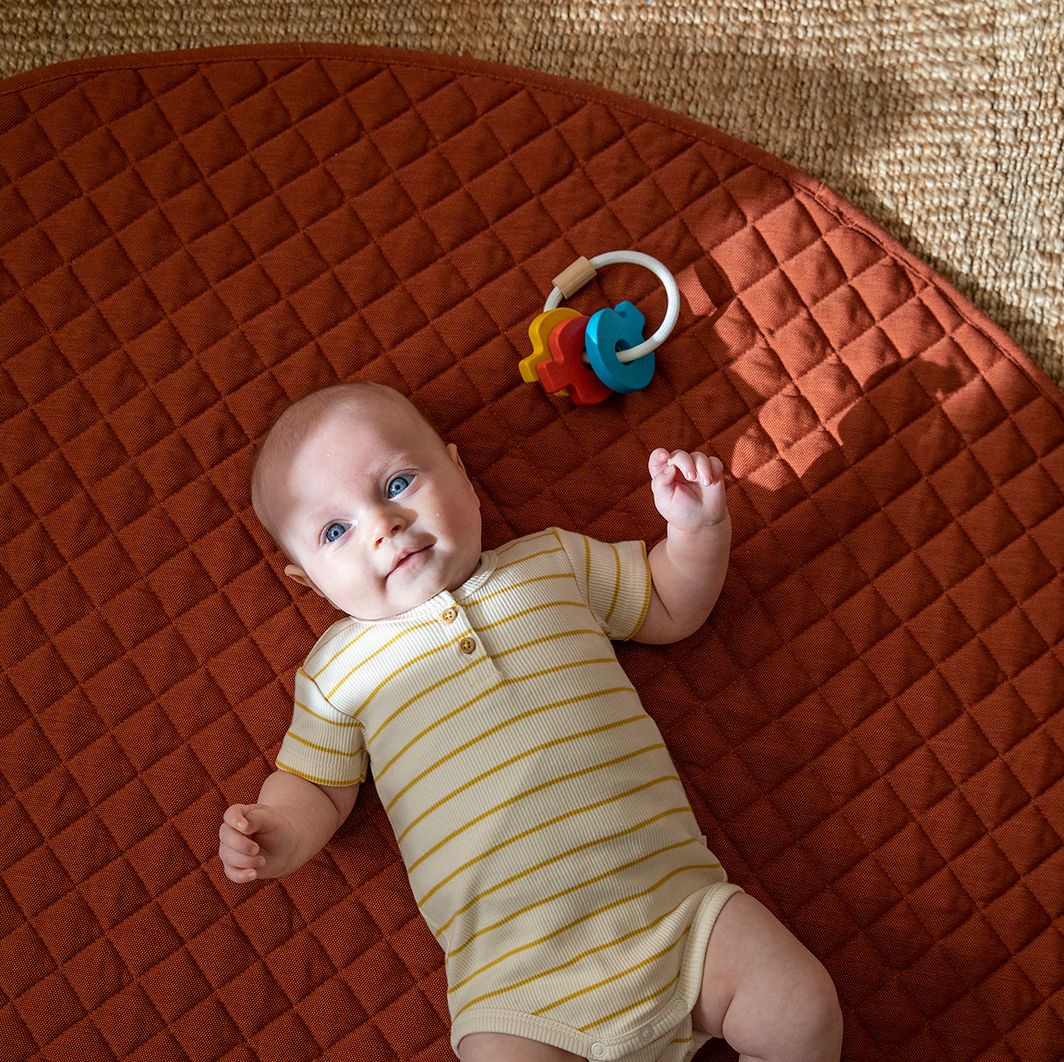 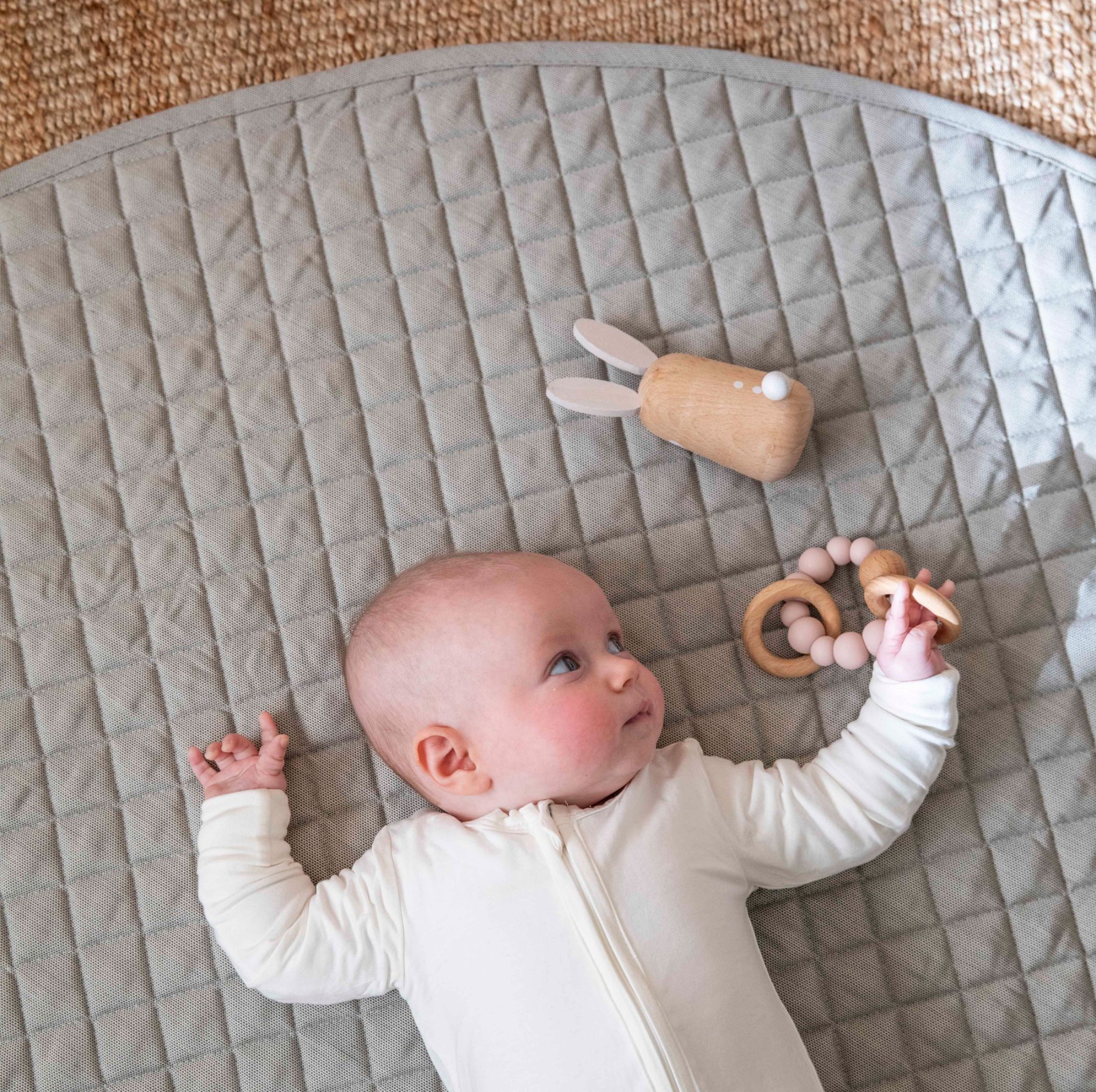 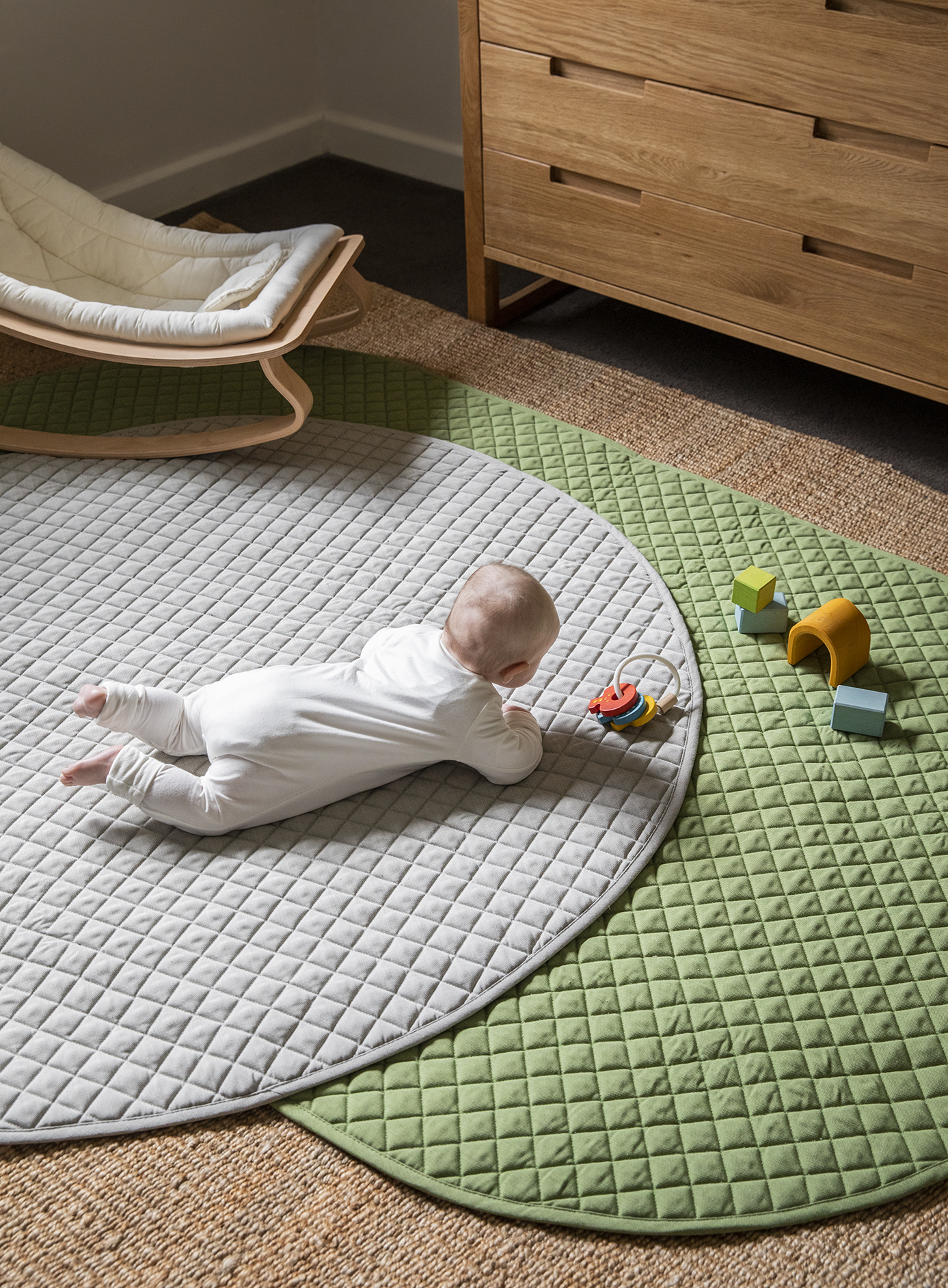 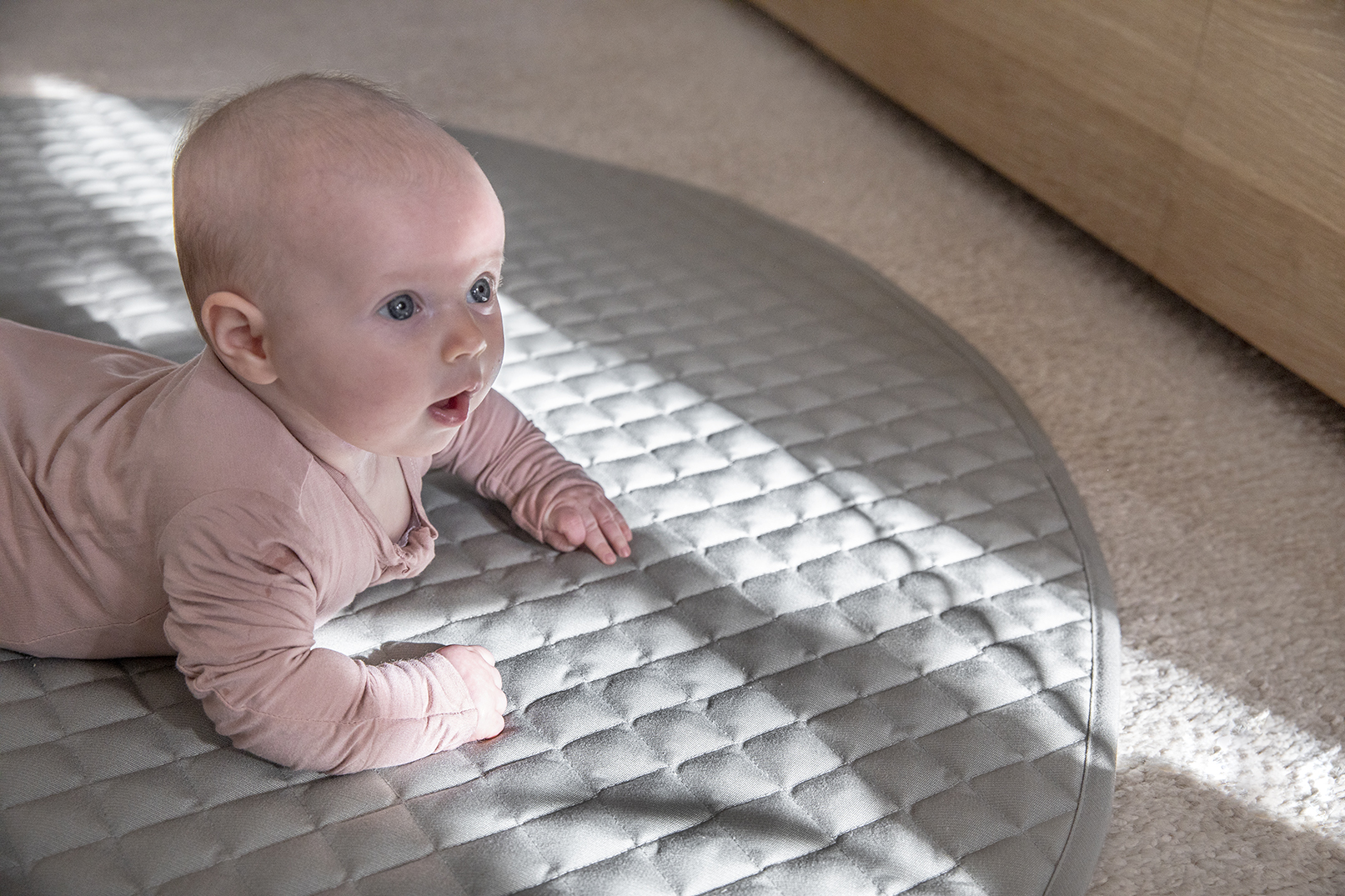 thank you for contacting us! we'll respond to your message within 24 hours. Thanks for subscribing
x
${{amount}}

Your cart is reserved for [urgency_time_remaining] minutes!

your junior will also love

Timer until the offer expires: